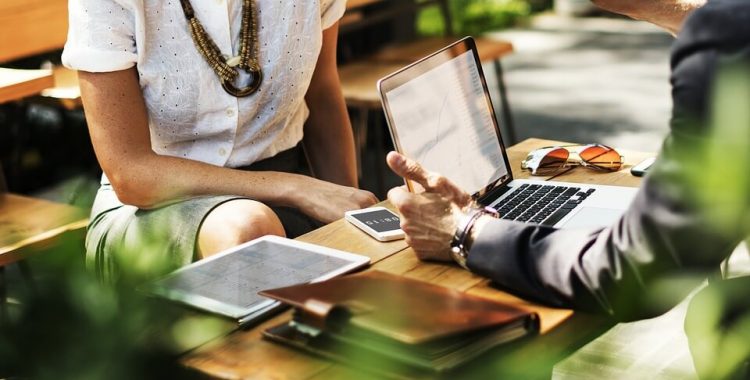 The legal article entitled: “When subsidiaries go bankrupt – can creditors “seek compensation” from parent companies?” written by our Lawyer Lac Thi Tu Duy which was posted on The Saigon Times on 24 January 2019, No. 4-2019 (1.467)

It is normal and recommended to allow a subsidiary which operates ineffectively and falls into insolvency to go bankrupt for the sake of a healthy business environment. However, except for subsidiaries which are only the front companies to conceal non-transparent or illegal business activities of parent companies, the bankruptcy of an enterprise causes losses to the concerned parties, especially the creditors who are in an almost passive position due to the lack of information regarding the subsidiaries’ insolvency until the bankruptcy is filed.

It is undeniable that “legal entity status” and “limited liability” are the striking legal features of a company in general and a subsidiary in particular. According to civil law, assets, legal rights and obligations of an established company will be separate and independent from the investors who own or co-own it; or the parent company in particular. In its business relationships with third parties, the subsidiary conducts transactions on its own behalf and assumes liabilities by the assets registered under its name.

In addition, the enterprise law also stipulates that the liability which a parent company assumes for its subsidiary is “limited”. The law does not force a company’s owners to assume liabilities for the obligations which arise from the operations of such company and exceed the contributed or committed capital shown on the charter of the subsidiary.

TO THE ABUSE OF “THE CORPORATE VEIL”

Not only Vietnam but most countries in the world acknowledge that a parent company and its subsidiaries are independent entities in terms of assets and legal entity status. By way of visualization, the law realizes that there exists a legal veil between these two entities, also called “the corporate veil”.

However, there are no guarantees that this “corporate veil” will not be abused by the parties in the course of their operations. For example, the parent company may not treat the subsidiary as an independent entity but a manipulated one. At the same time, the subsidiary does not actively keep itself at the position of an independent entity. It means that there is a mix-up in business activities or an interference with the subsidiary’s operations in the form of administrative and anti-market mandates.

In the Vietnamese context, whether a subsidiary’s operations are independent or how independent they are seems to depend on the intent of the parent company or its leaders. Holding over 50-100% the equity of the subsidiary, the parent company has nearly all the powers to decide the important issues directly related to the subsidiary’s destiny, from appointing key personnel to determining the strategies for development. So, it is not difficult to see that leaders of the parent company can definitely give a mandate, or provide direct or indirect instructions with an “impossible not to execute” nature to the subsidiary or its leaders, although this may exceed what law allows in terms of capital contributors or shareholders to do to an enterprise to which they contribute capital.

A parent company with capital of thousands of billion dong establishing a subsidiary with a charter capital of just a few million dong can really make people wonder about the separation between the two companies. How can the subsidiary pay salaries to its managers, employees and maintain minimum activities with this tiny capital if it does not rely entirely on the “sponsorship” of the parent company under various forms? On the other hand, the subsidiary can still be a party to many several-billion-dong contracts with its clients.

When business goes smoothly, profits will run into the parent company. But when an “adverse eventuality” occurs with the subsidiary, they can resort to the “corporate veil” to prevent the parent company taking joint responsibility. Those who suffer the heaviest damage are clients, creditors and parties in the relationships with the subsidiary, who get taken in by the “parent-child” relationship between the two entities.

Of note, the unlawful directions or interference by the parent company, if any, are often “unknown” to the creditors who are “outsiders”. Only when they are informed of the petition for bankruptcy filed by the subsidiary, will the risk of losing money become obvious to them. In addition, if the creditors do not have strong evidence, they can hardly request the authority to trace back the cause of bankruptcy in order to determine whether the parent company’s unlawful interference has contributed to the bankruptcy.

CAN CREDITORS “SEEK COMPENSATION” FROM THE PARENT COMPANY?

First of all, one should know that it is really difficult to “seek compensation” from the parent company when its subsidiary goes bankrupt since the law always honours the principle that “a company is a legal entity” which must assume all liabilities by the assets registered under its name, whatever the reason may be. However, once it can be proved that the parent company’s unlawful interference has undermined the independence of the subsidiary and “contributed” to its bankruptcy, it might be a different story.

British and American legal systems (Common Law) and even some European countries adopting statutory laws such as France and Germany have long used a mechanism to force parent companies or other owners of subsidiaries to take joint liability for the subsidiaries’ debts when they use the subsidiaries and make them no longer independent entities. This mechanism can be temporarily called “piercing the corporate veil”. Accordingly, this mechanism will nullify some of the rules which limit owners’ liabilities to the amount of contributed capital, and force them to take more joint liabilities for the debts arising in the enterprise to which they contribute capital.

In Vietnam, the mechanism which allows creditors to request the authority to examine the parent company for liabilities in case of its subsidiary going bankrupt is mainly based on Article 190 of the 2014 Law on Enterprises (LOE 2014). Pursuant to this article, the interference by the parent company in its capacity as an owner or co-owner which causes damage to the subsidiary will be the ground for the compensation liability of the parent company and its leaders (individually) for the subsidiary. Concurrently, Article 190.5 of the LOE 2014 indicates that creditors may seek compensation on their own behalf.

In addition, it is prescribed in Article 190.5 of the LOE 2014 that this compensation is for the subsidiary instead of creditors. Therefore, with the lower position in the list of those who are entitled to the proceeds from the liquidation of remaining assets, and even the creditors have evidence of the parent company’s violations, whether they should use their right to initiate legal actions is an economic problem that the creditors have to solve (time, effort and money).

In short, though the current law technically provide for the protection of creditors against the parent company’s abuse of power over its subsidiaries, it is actually almost impossible to apply this regulation when a subsidiary goes bankrupt. On the other hand, filing for bankruptcy has become more and more popular in Vietnam, and the separation between parent companies and subsidiaries has always been a big question mark. Therefore, building a mechanism to effectively protect the legitimate rights and interests of creditors and thereby creating a healthy business environment is an urgent demand and should be given a higher level of priority in the course of reforming the business law.