The case between Vinasun and Grab: awaiting the judge's decision 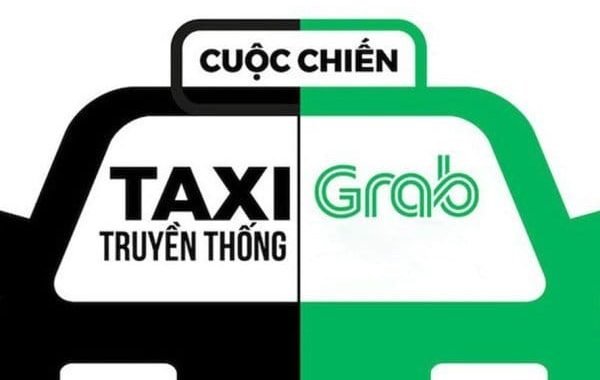 The dispute seems not to be the private matter between Grab and Vinasun anymore, but a battle between the “traditional taxi” and the “tech-based taxi”. We need to know what point of view the judge holds in this case.

Those who have followed the case will almost always focus on how the court will cope with this case in the capacity of an arbitrator.

I am one of those who have a fondness for Grab and I have switched to Grab’s services completely. That being said, the lawsuit against Grab does not make me feel more uncomfortable about Vinasun or dislike them more. On the contrary, I highly appreciate the act in which Vinasun has exercised one of the most important rights allowed by law: The right to initiate a civil lawsuit when it believes that its legitimate rights and interests have been violated.

Put aside the fact that state authorities are taking steps to establish the identity and a legal framework for Grab’s business operations, if the lawsuit between Vinasun and Grab comes to an end, it is of significance in that a lesson is learned on how to apply applicable laws to govern the disputed issues in social economic life. The matter here is how to cope with new business models which have not been identified or governed properly by the issued regulations.

There has hardly ever been such a civil lawsuit which can draw much attention from the public. This is understandable since it involves two of the most famous enterprises operating in nearly the most important sector of city life: the transport sector.

In addition, this is the first time in Vietnam when an enterprise doing business traditionally suits an enterprise set up in “industry 4.0” because jobs have been taken away and there are losses in revenue as well as profits.

This unintentionally helps to familiarize people with the legal aspects of a compensation for tort dispute. Furthermore, this raises the authorities’ awareness of the legal loophole in the lawsuit between a traditional enterprise and a new-model enterprise like Grab, so they can proactively formulate a suitable legal framework which anticipates the new factors arising in the economy where applicable regulations are behind.

The judgment of the court will indicate whether Grab has violated the conditions allowing it to operate as a firm providing a vehicle-booking application. This is absolutely not the issue about whether to create favourable conditions for Grab or not, or about the benefits it brings to consumers, or the changes it makes to the Vietnamese economy by applying technological innovations. It should be acknowledged that Grab may have to take responsibilities if it violates the law even though its violation brings about benefits for customers or the public.

Some may say that if Grab loses the case, this is actually a step back in the fourth industrial revolution, contrary to the policy of the Government encouraging enterprises to apply science and technology into business operations.

I think this is not the case. The Government does have the policy of encouraging and supporting enterprises to apply science and technology into business operations, but any business operations must be carried out in compliance with law. Then, the highest authorities to determine if a conduct violates law are the courts.

Regarding the judgment, it seems that the amount of 41 billion dong Vinasun seeks against Grab is so impressive and draws much attention from the concerned parties and even those who have followed the case. However, the key point of the case is not the amount in compensation but whether Grab has violated the law or not.

As a reminder, in the case accepted by the Spanish Court and the European Court of Justice between Taxi Elite – a professional taxi drivers’ association in Barcelona and Uber Systems Spain – a subsidiary of Uber, the plaintiff did not seek any damage compensation.

The only matter the plaintiff requested the court to consider was to identify Uber’s business operations. The “resounding” victory of the taxi drivers’ association in Europe over Uber is the judgment of the court considering Uber a taxi company instead of how much Uber must pay in compensation?

However, when the dispute was reaching its conclusion and the court was going to announce its judgment, Grab and Vinasun suddenly delayed the process and requested a “suspension” to make backstage arrangements.

This mediation of course has nothing to do with the identification of Grab’s operations or the determination of whether Grab had violated law or not because this is the job of the court. Therefore, it is such a pity because the dispute seems not to be a private matter between these two enterprises anymore, but a battle between “traditional taxis” and “tech-based taxis”.

We need to know the point of view presented by the judge in this case. Before that, Vinasun once insisted it would fight to the end for the legitimate rights and interests of traditional taxis (including Vinasun and other taxi companies) and fight against the “undisciplined” business model of Grab.

On the opposite side, Grab thinks that, in the spirit of a prestigious and responsible enterprise, it should face the lawsuit to make everyone aware of the decency in its business operations in Vietnam.

However, when the case resumes after nearly one month of suspension for self-mediation, the answer to the hearing panel is unsuccessful mediation. This means the court will return to its central role of arbitration. Regardless of whether Grab is “convinced” or not by the judgment issued by the court, this is still the first official point of view of a competent authority on identifying Grab’s operations.

It is not important who is the winner or the loser. It is certain that when the judgment comes into effect, the parties must comply with the judgment and remedy their acts and business strategies in the future. In addition to the race to “please” customers, the parties will then have to comply with law if they want to avoid similar lawsuits.

And now, what people care most about is how the court will act in this case in the capacity of an arbitrator.