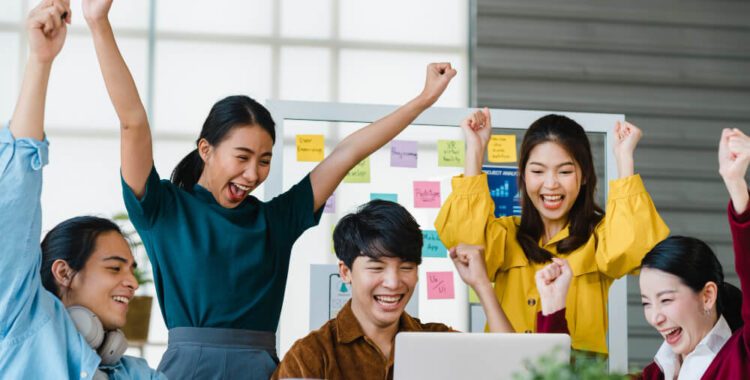 In recent weeks, an enterprise in Hanoi had issued a decision to dismiss Employees absent from their Company’s trip to Cat Ba for the reason “realizing that employees refusing to participate in extracurricular activities demonstrates a lack of collective spirit and team spirit, therefore they are not suitable for the Company”. The decision for dismissal was “based on the 2019 Labour Code”. This document was widely spread on social networks and received a lot of attention, most of which disagreed with the enterprise’s decisions.

So, is it legal to dismiss an employee for not participating in the company’s extracurricular activities (“Team building”)?

Although it is not clear which section of the 2019 Labour Code the business based its regulations on, the dismissal of Employees due to the aforementioned reason has no legal basis. According the labour law, Employers can only unilaterally dismiss Employees in one of three ways: (1) unilaterally terminating the Labour Contract; (2) conducting disciplinary action in the form of dismissal; and (3) terminating Labour Contract due to structural, technological or economic changes. For method (1), the reason for terminating the Labour Contract must be in the cases where the Employer is entitled to unilaterally terminate the labour contract as prescribed in Clause 1, Article 36 of the Labour Code such as the employee regularly fails to complete the work under the Labour Contract following the criteria for assessing the level of job completion in the employer’s policies, natural disasters, fires, epidemics,  sabotage or relocation, narrowing of production and business at the request of competent state authority that the employer has sought all remedies but is still forced to reduce the workplace, etc. It can be seen that the aforementioned reasons are not in the cases permitted by the law for the Employer to unilaterally terminate the Labour Contract with the Employees; not to mention the decision for dismissal was issued on 16/6/2022 whilst the Employee was dismissed on 18/6/2022, with only 02 days of prior notice!

For method (2), the Employer is only allowed to dismiss an Employee in one of the cases specified in Article 125 of the Labour Code, such as the Employee commits acts of theft, embezzlement, gambling, wilfully causing injury, using drugs at work, disclosing business and technology secrets, etc., and there is absolutely no case where Employees “do not have a collective  and teamwork spirit”. Thus, this enterprise also does not have a legal basis for disciplining Employees who refuse to participate in extracurricular activities. The enterprise also has no grounds to apply method (3) because it is not relevant. Through the aforementioned provisions, it can be seen that an enterprise needs a legitimate reason provided by law to end the labour relationship with its Employees. Labour relations are governed by the Labour Code on the principles of voluntariness, goodwill, equality, cooperation, respect for each other’s legitimate rights and interests. It is certain that there is no provision that allows an employer to unilaterally terminate a Labour Contract or dismiss an employee on the grounds of “not suitable for the company”. Therefore, the aforementioned dismissal decision by this enterprise is a complete violation of the current Labour law, and the Employee has the right to sue if he/she is dismissed.

The Hanoi-based enterprise warning to dismiss those who do not participate in extracurricular activities may only be a measure to call for a response from the collective Employees, although it is a bit too much. In reality, disciplinary action against Employees who refuse to participate in the company’s extracurricular activities is unprecedented and easily subject to controversy from many different individuals. Meanwhile, the Employer who wants to discipline the concerned Employee must specify the violations and specific labour discipline processes in the labour regulations that have been registered with the local labour agency (for Employers with 10 or more Employees). Many people believe that the company’s team-building activities are not within the working hours and are not for the purpose of working under the labour contract, so the participation should be voluntary and cannot be subject to disciplinary action.

Measures are often applied to make Employees to enthusiastically participate in team building instead of disciplining them.

In reality, enterprises have many other approaches to force Employees to participate in team-building activities. Some penalize Employees who do not participate by deducting their salaries or other direct fines. However, this is an illegal measure because Clause 2, Article 127 of the Labour Code prohibits the act of fines and salary cuts to replace labour discipline.

Instead, enterprises can choose to set the level of activity participation as a condition for reward, increasing wages, offering labour benefits, and promoting employees. For example, the enterprise will develop a point system with an evaluation criterion for each Employee. Any Employee who does not participate in the company’s activities will be deducted points. If the criterion is not met, they will not be considered for a salary increase, bonuses, and other benefits as provided by that criterion. In terms of labour law, it is up to the Employer to decide on the bonus policy, salary increase, and promotion conditions, so the Employer has the right to refuse to reward the Employee if he denies participating in accordance with the policy approved by the enterprise. As for the Employees, because they do not want to lose their salary, bonus and welfare benefits, they are also forced to accept participation even though it is certain that some people will feel uncomfortable. Some enterprises organize extracurricular activities on working days, and Employees who do not go will be considered as taking unpaid leave and deducted from the number of paid days of the month consequently. Some enterprises even require employees to be on duty and clean the office if they choose not participating in the company’s extracurricular activities.

In reality, there have been many posts on social networks in which Employees complain about having to participate in the company’s activities because they are “forced” to do so rather than voluntary. Therefore, the purpose of extracurricular activities such as bonding solidarity and teamwork is difficult to achieve completely. We cannot deny the benefits of team building activities in the unity and internal cohesion of the business, as well as in regenerating labour and encouraging the working spirit of Employees after a long time of hard work. Most businesses consider team building activities as one of the benefits for Employees when posting recruitment information, so why don’t they consider it as a relaxing activity rather than an obligation of the Employees? Instead of inventing sanctions or discriminating between participants and non-participants, enterprises should really find out the reason behind Employees’ refusal.

There are many reasons, such as Employees not feeling comfortable with having their boss in the team, especially in Asian enterprises, there are leaders who are quite serious and quiet, or there is a big difference in age and character. Employees will always keep some distance from their boss and are not willing to participate full-heartedly for fear of overdoing it will offend the boss. Some team-building activities require a lot of energy and are not suitable for older Employees and women; or they are simply uncreative and too boring for young Employees. Therefore, enterprises need to focus on investing reasonable time and money in team-building activities to suit the majority of Employees, and especially consulting Employees about locations, schedules, and content of the activities in advance.

Companies should not have the mentality that simply paying travel agencies to organize group tours and games is enough,or choosing to put cost savings on top of everything else. Enterprises should combine appropriate rewards and commendations for individual Employees who actively participate. After all, even if Employees refuse to participate, enterprises need to respect their decisions instead of abusing power and creating unnecessary pressure and legal risks for themselves.