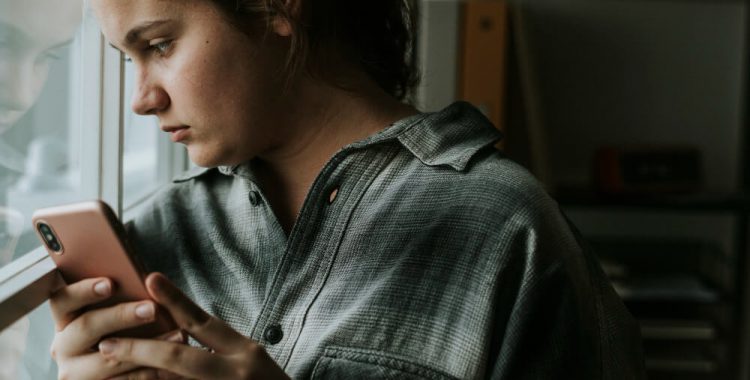 The great development of information technology and online communication in recent years has brought large advantages to society in communicating, sharing and accessing information through the internet platforms and social networks. However, the fact that all ages and all classes in the society can easy access to online platforms has made this cyberspace unsafe and toxic for some users if they do not know how to keep themselves safe. One of the emerging issues now is the risk regarding child abuse – who are vulnerable through online platforms with unfortunate consequences.

Allowing children to be exposed to the internet early is a double-edged sword. Besides educational benefits, the cyberspace also contains a lot of harmful information such as violence, pornography, banned substances… and many traps to take advantage of the innocence of children for the purposes of online abuse, such as, sexual abuse, emotional abuse, or blackmail. The virtual environment is also a “favourable” space for collective bullying against someone, especially children due to easiness of staying anonymous and navigating public opinion.

According to a report of the Internet Watch Foundation, 2021 has recorded the highest data relating to online child sexual abuse with more than 252,000 data files – 19 times more than in 2011 with 13,000 data files recorded and one and a half times more than 2020 with more than 153,000 data files. This report also provides that such increase is deeply related to the Covid-19 epidemic. The social distancing policies imposed to prevent the epidemic have forced schools to let children attend the online classes instead of studying at school as traditional to protect their health. Parents have no choice but have to expose their children to social media and other online platforms for uninterrupted learning plans. Besides, being “stuck” at home also extremely affects children’s communication methods and self-expression needs, which makes them more likely to be a victim of abuse.

A good news is that most countries including Vietnam, are aware of the dangers of online platforms and have issued a legal framework to regulate and handle violations. On 12 June 2018, the National Assembly of the Socialist Republic of Vietnam officially passed the Law on Cybersecurity. Accordingly, this Law strictly prohibits posting information regarding humiliating, slanderous, acts of appropriation, revealing personal secrets and private life, infringing upon honor and reputation, etc. on cyberspace as an effort to prevent, limit and punish online sexual abuse, especially abuse against children.

Vietnam is one of the first members of the Convention on the Rights of the Child since 1990 along with 190 other countries with commitments to protect children from all forms of physical and mental violence, including, all forms of child abuse and attack… Ever since, Vietnam promulgated the Law on Children Protection, Care and Education – the predecessor of the current Law on Children in 1991. The protection children’s legitimate rights are also found in many legal documents, typically the Criminal Law, whereby crimes related to child will be prosecuted for criminal liability with aggravating factors[1].

The role of adults in protecting children

Online child sexual abuse is not a new matter but has been warned by experts long time ago even since the internet got popular in the 2000s. Tricks and forms of child sexual abuse and attack increasingly sophisticated online efforts to separate children from the control of adults and exploit their innocence to sexually threaten, blackmail, and online or direct sexual coercion.

Unfortunately, there were various online child sexual abuse cases quietly happening all around us, such as case in Vinh Phuc Province in 2020, a 12-year-old girl named T was lured by young man named Nguyen Anh Tuan to send him “hot” photos and then threatened T to have sex and blackmail her or else he would disclose those sensitive images. T was very scared so she agreed to have sex many times with Tuan and the crime was only exposed by T’s family when Tuan kept asking for money and T did not have enough to give Anh Tuan, forcing her to tell the whole story to her family. After that, Vinh Phuc Provincial Police arrested and criminally prosecuted Tuan[2].

The heartbreaking case is just one in a series of other online child sexual abuse cases. In many cases, children hardly know how to protect themselves without the guidance of adults, children often have the mentality of hiding the fact that they are being abused or threatened because of fear or do not know who to talk to, how to tell it.

So, what can we do to protect our children and other children from the dangers of online sexual abuse?

Firstly, parents need to educate their children on online sexual abuse, the forms that abusers often do, and provide situations in practice to make it easier for your children to understand. In Vietnam, adults regularly avoid sex education and evade mention reproductive health education for children. However, this view is somewhat wrong because children will be more easily lured or trapped by the bad guys if they are not warned by adults to recognize the danger from the beginning. Having an open mind with children about issues related to sex and reproduction will make it easier for children to share the problems they are facing instead of hiding because they are afraid of being scolded by their parents. Then, we can intervene promptly to prevent the dangers lurking around children and avoid unfortunate consequences.

Secondly, it is necessary to make children being aware of their rights of being protected from dangers in society. This strengthens children’s confidence in face of any threats; and they know to quickly notify adults for the best solution. Therefore, in order for children to be aware of this problem, adults should educate children about the basics of children’s rights in an age-appropriate language and manner to ensure that children understand the content provided by adults.

Thirdly, specifically guiding children how to face with threatened situations of online abuse or online sexual abuse. For example, upon being aware of danger signs, they need to immediately contact their father, mother, sister, or teacher or even the nearest police. If these people cannot be contacted, they need to know the hotline of the national Child Protection Hotline No. 111, who receives denunciations related to child abuse, instructs children on how to handle it and coordinate with competent State authorities to protect children, intervene and prevent violations in a timely manner.

Fourthly, managing the information that children being approached on the internet. This is an extremely important solution to prevent children from being approached by bad actors in the beginning. Currently, there are many apps that are designed specifically for each age of children. Parents should control apps that children are allowed to access to prevent them from downloading malicious software or inconsonant software for their age (usually they are warned in the apps detail).

However, any method and app have certain flaws and no method considered to be absolutely safe. Online sexual abuse can take a toll on children throughout their development into adulthood. Children are disadvantaged and vulnerable, therefore we need to constantly pay attention to the anomaly of children to ensure that they are protected from violence, plunderage, abuse on the cyberspace to have a carefree, safe and healthy childhood in both physicality and mentality aspects.