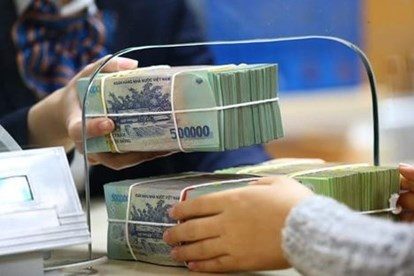 After many years of application, the Decree No. 64/2008/ND-CP – the legal basis for appealing, receiving, distributing, and using voluntary contributions to support people to overcome difficulties caused by natural disasters, fires, serious incidents, or patients suffering from serious diseases, have revealed a number of limitations, typically not creating a legal corridor allowing enterprises, cooperatives, and other organisations having legal entity status (hereinafter collectively referred to as “legal entities”) and individuals performing theaforementionedd charity work. This is one of the main reasons leading to many “affairs”, impugnment about the transparency and purpose of the distribution and use of donations contributed by the individuals and organisations during the past time.

In order to remedy the above deficiency, the Government has issued Decree No. 93/2021/ND-CP (“Decree 93”) on 27 October 2021, replacing Decree No. 64/2008/ND-CP, creating a legal basis allowing legal entities and individuals to appeal, receive, use and distribute the voluntary contributions from philanthropists. In general, Decree 93 has many positive points, while not only facilitates and encourages organisations, individuals to make or appeal voluntary contributions, but also ensuring the publicity, transparency, effectiveness and right purpose use of charity work. Nevertheless, there are still some ambiguous regulations in Decree 93 and the analysations and comments on these below points regarding appealing for voluntary contributions in cases of natural disasters, epidemics or incidents that occur may contribute to return the inherent transparency and “kindness” characteristics to charity activities.

Firstly, the basis for appealing the voluntary contribution

According to Decree 93, the appeal of contributions to support overcoming difficulties caused by natural disasters, epidemics and incidents are only be carried out when such factors cause loss and damage to people and properties or adversely affect people’s lives. According to Article 3 of Decree 93, it will be related to natural disasters caused by nature, incidents caused by natural disasters or man-made; epidemics including infectious diseases in humans and animal, plant pests. Nevertheless, there are also a number of cases in which people’s lives and properties may be adversely affected and are in dire need of support but they have not been covered under Decree 93, such as war, hostilities, riots, economic war or administrative orders making goods unable to be exported or consumed. We may have seen that there were many times farmers who had to “cry” when their agricultural products cannot be consumed or exported, and shall be used as fodder for livestock. From our standpoint, in such cases, organisations in general, legal entities in particular and individuals should also be entitled to appeal for contributions to support people in difficulty. Hence, Decree 93 should expand to the situations where donations are made as mentioned above.

Secondly, regarding the procedures for appealing the voluntary contribution

A good point of Decree 93 is the clarification of procedures for which the legal entities and individuals may appeal and receive contributions from other organisations and individuals, ensuring publicity, transparency and convenience in the management. In order to do so, the legal entities and individuals shall announce in the media or on the website (for legal entities) their commitments to the purpose, scope, method, object and form of the appeal, receiving account, receiving location, time for appeal and receiving, supported objects, time to implement support, time committed to distribution, then shall send in writing to the People’s Committee at commune level where the head office (for legal entities) or residence (for individuals) is located according to the form of Decree 93[1]. Nevertheless, Decree 93 does not regulate the procedures for which the individuals and legal entities need to carry out in case of changes in the content of the appeal campaign. For example, whether an appealing individual is allowed to amend the time of appeal and receipt from 30 days in the written notice to 60 days in order to support more people due to the prolonged natural disaster causing a lot of loss and damage. From our standpoint, Decree 93 should be supplemented the regulations guiding the procedures for such changes.

Thirdly, regarding the time of receipt and distribution, and the procedures for distribution and use

As for the legal entities, the time of receiving the contributions is no more than 90 days from the date of campaign launch and thereafter, the distribution shall be completed within 20 days from the end date of receipt, except for the case of compliance with commitments to the contributing organisations and individuals[2]. As for individuals, even though there is no direct regulation; according to the form of written notification to the People’s Committee at commune level[3], the time of receipt and distribution also shall not exceed 90 days and 20 days, respectively. Nevertheless, Decree 93 does not have any exception regulation for the appealing individuals to be exceeded for the above two periods. It is understandable that Decree 93 regulates such a time limit in order to ensure that the donation takes place in a timely manner, to the right people, at the right time, to avoid slow “disbursement” and to quickly support people suffering loss and damage. However, there are also a few points that need to be further commented as follows: Firstly, Decree 93 should have similar provisions for appealing individuals to extend the time of receipt and distribution in case of compliance with commitments to the contributors. This is because, in principle, the receipt and distribution of charitable contributions between individuals and legal entities have similar nature. Secondly, if there is no other commitments with the above contributors, in case of necessity, only the Campaign Committee at provincial level and above has the right to decide to extend the time of receiving the contributions[4]. It could be seen that this distinction is clearly unnecessary. The situation in which the Campaign Committee at provincial level decides to extend the receiving period is usually when natural disasters, incidents, and epidemics cause serious loss and damage for a long time, leading to the need to appeal more contribution resources from the society. Hence, it is absolutely necessary to allow legal entities and individuals to extend the time of receiving contributions in such situations. Hence, instead of having no guiding regulations, Decree 93 should create a mechanism so that the State authorities can manage the time extension of receiving contributions, such as requiring legal entities or individuals who want to extend this time limit to send a written notice to the People’s Committee at commune level, clarifying such contents as: the reason of time extension, length of time, commitment on strict compliance with the content of the notice, et cetera.

Fourthly, the law empowers organisations and individuals to actively contribute

Fifthly, the issue of tax deductions for contributions

According to Article 6.1 and Article 6.2.24 of Consolidation Document No. 66/VBHN-BTC consolidating circulars guiding corporate income tax, deductible expenses when calculating corporate income tax only include “expenses for supporting natural disasters recovery”, excluding cases of expenses for incidents and epidemics recovery, while the nature of these expenses is similar. Hence, the competent State authorities should make amendments to this regulation to be consistent with Decree 93.

Accordingly, it would be unreasonable if the State collects PIT from people affected by natural disasters, incidents or epidemics receiving support from legal entities and individuals performing charity works, as these people have been in difficult circumstances. In addition, the law on PIT only allows deductions from taxable income for contributions made by individuals to organisations that care for and nurture children with extremely difficult circumstances, disabled people, helpless elderly people or contributions to charity funds, humanitarian funds, study promotion funds[14]. Hence, the expenses of individuals contributing to campaigns launched by the legal entities and individuals under Decree 93 have not yet been deducted according to the law on PIT. This is obviously not reasonable as these are also charitable expenses as prescribed by law. Hence, it is thought that the legal documents on PIT should be amended in order to match the new regulations in Decree 93.

In summary, even though a clearer legal corridor has been created in allowing and facilitating the legal entities and individuals to perform the charity works in case of natural disasters, incidents, epidemics, Decree 93 still has some unclear points that the legislature should consider for appropriate amendments, supplements or guidelines instead of creating legislative gaps causing confusion when applied in practice. Philanthropists should also pay attention to the unclear points of Decree 93 to avoid foreseen legal problems.