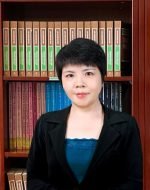 Ms. Ly was a Partner of Phuoc & Partners LLP from 2006 to 2014. Before that, she served as Deputy Manager of the Legal Consulting Department of Concetti Consulting Company, one of the first leading consulting companies in Vietnam for nearly 6 years. From 2015 to 2017, she assumed Head of Legal Department position of VP Bank Securities JSC. From 2018 to 2019, she worked as Senior Lawyer of Shin & Kim, one of the big four Korean Law Firm. Ms. Ly had also undertaken Head of Legal Department of Vinsmart Research and Manufacture JSC, a subsidiary of Vingroup for a period of 06 months where she was not only in charge of the legal and compliance issues of this company, but also in charge of the establishment and/or legal and compliance issues of other subsidiaries of Vingroup in foreign countries such as: United States of America, Mexico, Russia, Ukraina, Singapore, Myanmar, Thailand, etc.

Ly has consulted and supported foreign investors with setting up their business presence in Vietnam in the form of either establishment of a foreign invested enterprise in Vietnam, acquisition of shares from a company in Vietnam, or establishment of a representative office in Vietnam. She has provided legal advices on various matters related to investment in Vietnam, including M&A deals, being involved in various stages of the M&A deals such as: conducting legal due diligence reports, negotiating terms and conditions of share purchase agreement, shareholder agreements, or joint venture agreement; preparing or reviewing of the same. Ms. Ly also has a wealth of experience in preparing/reviewing bond subscription agreements, share subscription agreements, and other documents in relation to the issuance of corporate bond and private placement of shareholding companies in Vietnam.

In addition to her profound experience in investment sector, Attorney Ly also possesses many years of experience in assisting multinational and domestic companies in their business-related matters such as: increase of charter capital and/or investment capital, registration of foreign loan, preparation and/or review of sale and purchase contract, service contract, lease agreements, loan agreement, credit agreement, pledge agreements, etc. She also assisted such companies in their operation matters such as: preparation and/or review of internal labour regulations, labour contract, obtainment of work permit for foreign employees in Vietnam, preparation/review of regulations on anti-money laundering, etc.